Buy music on our website. Buy either pristine high fidelity CD Wavs at 44.1 or 320 mp3s at:

So what's with these next generation sex bots coming out now with some enhanced AI? Sex Bot brothels popping up everywhere. Coffee shops in Europe with sex bots and espresso.

Medella has some thoughts on this...

We are looking for album/song licensing opportunities, and pre-release review opportunities with blogs and media sites, digital and print.

Omnesia is fronted by the androgynous, provocative vocal chameleon composer and lyricist Medella Kingston. Sonic wizard M2 provides the beats, synths, and guitar. New Wave and the 80's inform our sound, but so does EDM, pop and art, rock and prog. Folks in England think we play House Music. We're a lot of different things all at once. Omnesia is the audio equivalent of chef's choice omakase, all sorts of different flavors to please the discerning auditory palate. So let's call it dark art dance pop meets future vintage rock...

Writing about music is like dancing about architecture, but we've been called the modern love child of Eurythmics, Dresden Dolls, Garbage, Blondie and Miss Kitten.

We're not the first band to sing about love, sex, gender and death, but we wear it well. We are energetic and entertaining. We aren't tethered in one place. We don't stare at the ground, we don't show up in jeans and t-shirts. We know people come to clubs to listen to music with their eyes. We never know what persona or gender or costume Medella's going to inhabit when we perform, but it's worth showing up to find out... 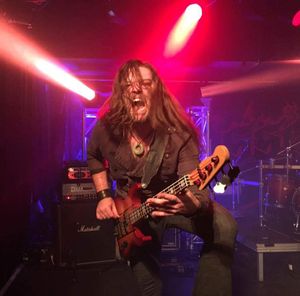 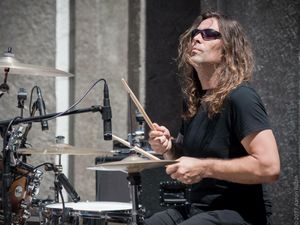 “I was halfway across America, at the dividing line between the East of my youth and the West of my future.”
― Jack Kerouac, On the Road 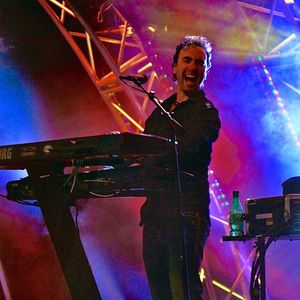 Keyboardist Phil Bennett is a San Francisco Bay Area musician and performer, who blends a mixture of music styles and professional talent. His extensive knowledge of MIDI, sampling, computers, and synthesis allows him to create from a huge palate of sound technology. His musical experience and wide versatility make him shine as both a performer and a musician. Since 1995, he has been a keyboardist and vocalist for Starship (formally Jefferson Starship), featuring the incomparable singer Mickey Thomas.

Phil’s technical expertise allows him to comfortably perform on all the various types of keyboard instruments, from modern electronica to vintage electric pianos and Hammond organs. With his technical expertise with MIDI and computers, Phil bridges the gap between both platforms. Digital recording software and hardware are an integral part of his playing. Phil’s passion and love for music and his joy for the art of performance have been a key element in his playing. His extensive touring experience taught him that being a musician encompasses much more than just music. Aside from Starship, Phil also performs as keyboardist and vocalist with the concert series Super Singers of Rock and Voices of Classic Rock. 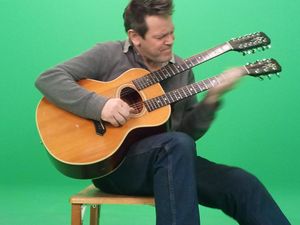 We were fortunate enough to have stellar stunt guitarist James Juhn lay down tracks on "System" (along with keyboardist Phil Bennett of Starship)
Jim is a brilliant guitarist equally at home in jazz, prog rock, hip-hop and any other genre you can think off. When he launches a guitar solo, he sounds like the love child of Allan Holdsworth, Robert Fripp, and Jimi Hendrix. He had many beers over the years with Holdsworth. He is also an amazing composer, producer, arranger, and recording engineer, and designs amazing guitars that take jazz to the next level. He also has great keyboard and bass chops

He produced, recorded and played our first album and mentored M2 as a sound engineer, producer, musician, and human being.

Jim Juhn started his musical journey in Cleveland, Ohio at the time he was old enough to reach the keys on the piano. Jim's first instrument was piano, learning to read music and basic theory in the 3rd and 4th grade. He was introduced to the electric guitar and amplification with reverb and tremolo He learned to play fairly well quickly , playing parties and dances under the band names "Freeway" "Welfare Limousine" "The Rooftop Jammers" " Bombers Moon" " Rapid Transit" and "Strange New Flesh", during his high school years."

During the last few years, Jim has done sessions as guitarist for many hip-hop artists. Jim worked with and wrote and recorded with the world famous late Rap Legend Mac Dre on his last album " Genie in the Lamp "...yep that's Jim on guitar live (not sampled )this album also featured B-Legit and DJ Harm.

During the past several years Jim has also done a significant amount of recording and mastering for a number of bay area groups which would include Green House Effect "Total Sonic Fuzzdom", Fuzzplow, SpaceGrass, AGE of Aggression, the Houligans, Flair, Kehoe Nation, Jim Juhn Trio Live, Marc Paley, John Santos, the Catalyst as well as playing guitar and mastering the reggae group Jahmana "Speak No Evil" and others...

Michael Parykaza - horns on These Boots Are Made For Walking 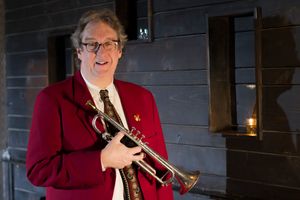 Greg Troyan wrote the music and plays rhythm guitar, bass and drums on Live Each Day

Greg is a recent transplant to the Seattle Area after spending many decades in the East Bay. He has been playing bass for metal and punk projects for almost thirty years and taught himself to play by listening to the likes of Led Zeppelin, Black Sabbath, Metallica and NWOBHM bands.

Live Each Day for Omnesia's latest album World On Fire. 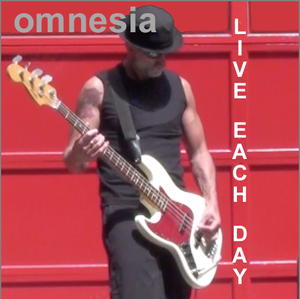